The Big Ladder Joins Forces With Britains Castles and Gardens 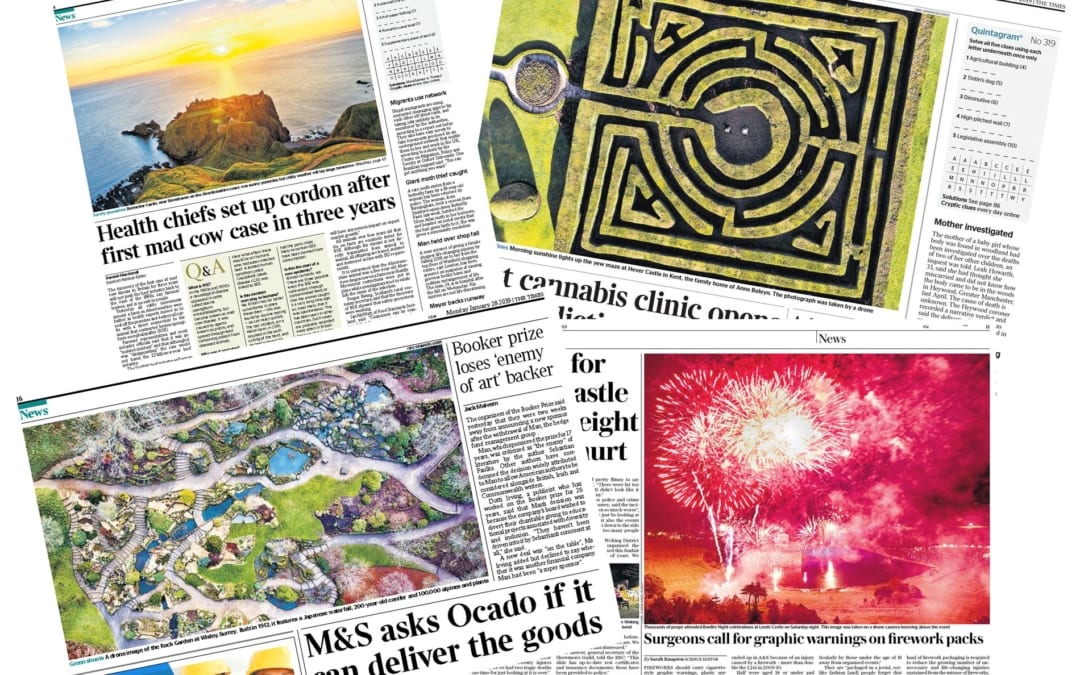 The Big Ladder has spent the last 4 months helping gain national and international publicity (PR) for some of the UK’s major institutions and landmarks, entering into partnerships with some of the UK’s most respected organisations successfully helping each one gain a higher profile with publications in media both in the UK and around the world.

The Big Ladder is always on the look out for future collaborations with major UK landmarks. The unique way of illustrating from the air sets images out from the rest. UK Picture Editors receive over 40,000 images a day and have seen everything before…many times…but they have rarely seen the unique aspect that Big Ladder images provide….by drone.

Partnerships in the last 6 months have included The Royal Horticultural Society, Hever Castle, Dunnottar Castle and Leeds Castle. All of which have received major publicity boosts with images published in The Times, Daily Telegraph, London Evening Standard and even The New Zealand Herald. Big Ladder images also appear in major exhibitions and are currently being used by Visit Britain to advertise the UK abroad. As well as this the resulting images have gone viral on various social media.

The Royal Horticultural Society asked the Big Ladder to provide both video and stills of RHS Wisley in all seasons. Two images from this shoot appeared in both the Times and The London Evening Standard. It was a straight down view of The rock garden which struck the picture editors eye. A view never photographed before.

Most recently Hever Castle was shot from the air on behalf of the Hever estate. However aware that the castle itself had been seen from various angles many times before it was a straight down view of the maze that has never been seen before that we knew would strike a picture editors attention. The Times running the image over half a page.

Leeds Castle fireworks received a massive use on bonfire night in The Daily Telegraph.

Dunnottar Castle in Scotland were blown away to see the sunrise image taken at the beginning of November appear in the Times the next day and featured the image heavily on social media which ended up going viral being shared around the world. 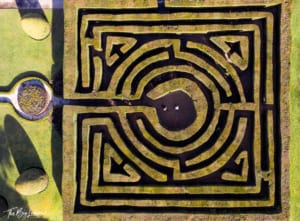 The Maze at Hever Castle as Featured in The Times. 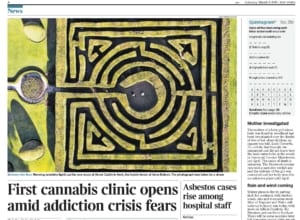 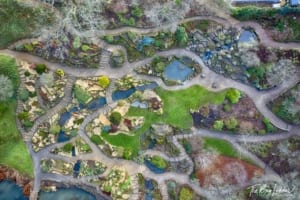 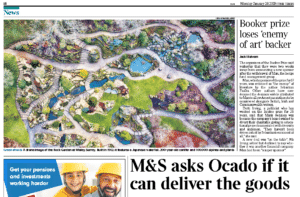 The Royal Horticultural Garden at Wisley photographed officially by www.bigladder.co.uk appears in The Times 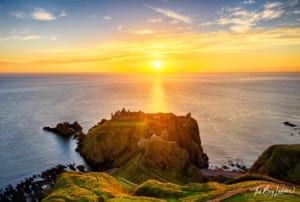 Dunnottar Castle at Sunrise Pictured by The Big Ladder 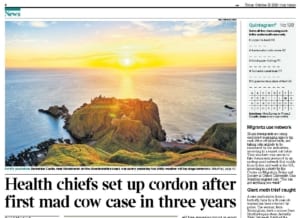 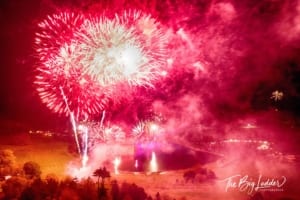 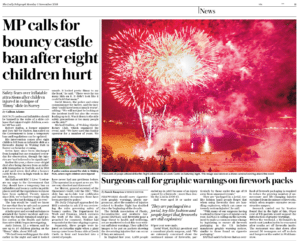