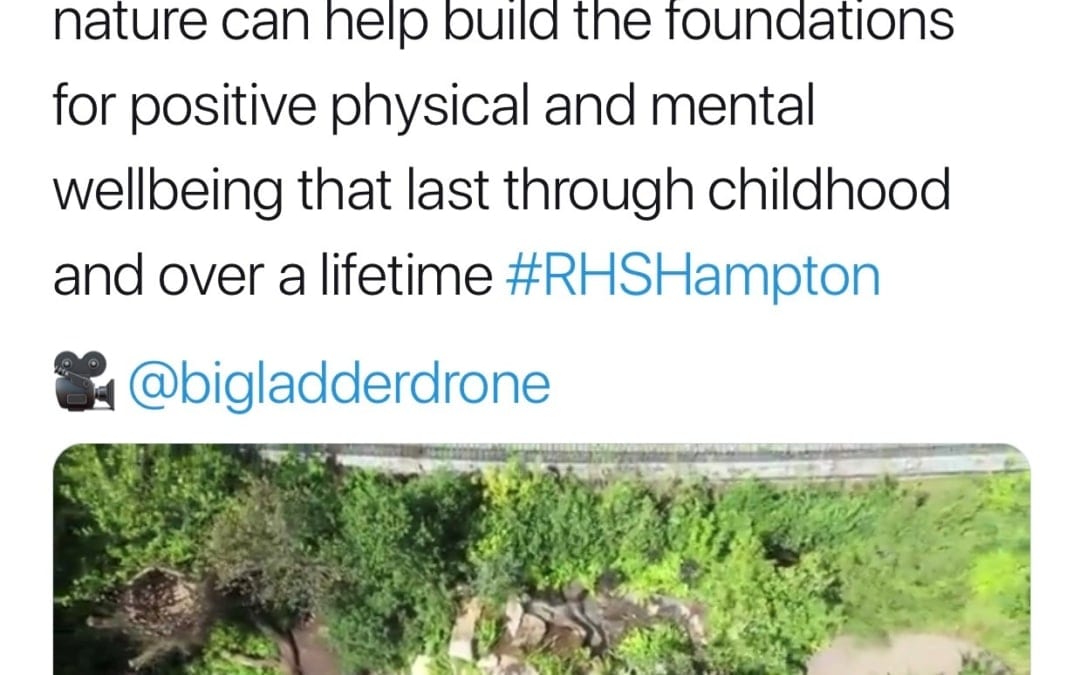 As part of my work for the Royal Horticultural Society I was asked this week to fly over the garden designed by The Duchess Of Cambridge at this weeks Hampton Court garden Festival.

When news of Kate’s Chelsea garden design debut first broke, it led to an overnight doubling of ticket sales, with tickets selling out some two weeks ahead of when it sold out the previous year. It’s what has become known as the ‘Kate Middleton Effect’. Kate has now co-designed a second garden, this time at the Hampton Court Palace Garden Festival (previously called the Hampton Court Palace Flower Show) which runs from 2-7 July 2019. The garden maintains many elements of the original, but includes new features such as a pond, wildflower meadow, rolling hill and summer planting.

Photographing and filming this garden by drone was no mean feat, mainly because I had to shoot the footage while the garden was still being finished and with a huge amount of workmen in the area. The entire site had to be condorned off to allowing a safe drone flight…..with the staff of the Royal Horticultural Society and Kate’s co designers watching. So no pressure at all.

My only worry to be honest was the very breezy conditions as can be seen in the video. The footage has been fantastically received with a Tweet direct from Kensington Palace tagging The Big Ladder HERE