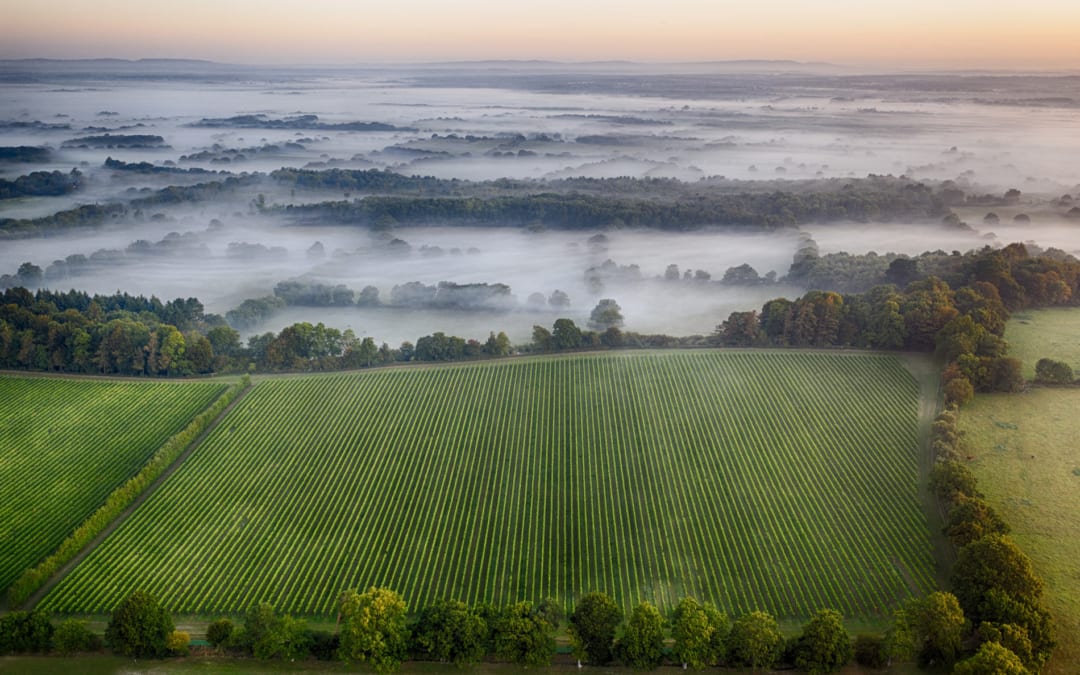 The last few weeks have been spent shooting both video and still images on the South Downs of England for English Wine Producer Nyetimber. The aim of the shoot was to provide the company with publicity for the harvest as well as produce promotional imagery for Nyetimber in general. The resulting coverage (seen below) appeared in the Daily Telegraph, The London Evening Standard, The Sunday Times, The Sunday Telegraph and various internet websites.

Nyetimber is the UK’s largest producer of English sparkling wine so it was an honour to be asked to document the annual harvest for such an iconic brand.

Shooting the Nyetimber campaign didn’t come without its challenges. The number one being the good old English weather with possibly the wettest Autumn in the last few years. Fortunately seeing the onset of bad weather I decided to attend the estate on the last beautiful misty morning for the last few weeks. Upon arrival at the vineyard in West Chiltington in sussex the mist was floating across the vines which we captured by drone in both stills and video. This produced imagery of the estate that only an aerial image could possibly capture.

4 days in total were spent dodging the showers capturing the the vineyard both on the ground and in the air in different light needed to make the images stand out. Whereas sunny conditions were needed on the ground shoot, it was felt that slightly overcast conditions were better for the drone images. (less shadows).

The number one difficulty faced by a company wanting media coverage is producing images that are of interest to the national press. This is where the Big Ladder Photographer’s 30 years experience in the media industry comes into its own. Knowing exactly what images a newspaper will use is of vital importance. A national newspaper picture desk receives in excess of 40,000 images a day. So you HAVE to stand out from the rest in order to be noticed. The Big Ladders experience in this area is of huge value to the PR and Public Relations industry.

As well as still photography The Big Ladder Photographer is now a huge player in video, producing stunning 4K swooping video clips making a brand stand out with dynamic and creative filming techniques from pulling the drone out to reveal the vast expanse of a project to state of the art drone technology that can follow a subject or person as they carry out their work.

The Big Ladder has also this week launched a 2020 Calendar featuring the best of the Big Ladder archive from the last 18 months including Jonathan Creeks windmill in Shipley to Stonehenge at the Summer Solstice and other beautiful shots of the English Countryside. The Calendar can be purchased by following this LINK