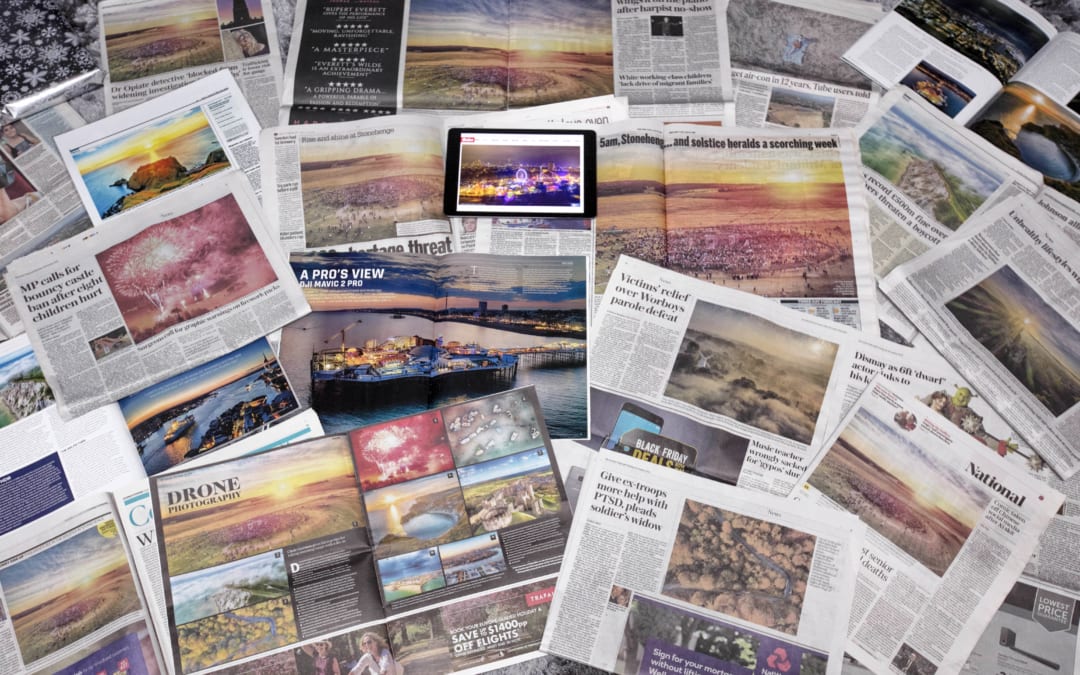 In the last year the Big Ladder has seen a huge up take in publications of its images from the sky. All the UK Media have used images in the last 6-9 months. These include The Daily Telegraph, The Times, The Daily Mail, The London Evening Standard, The Sun, The Daily Mirror, The Guardian and even our very good friends at The New Zealand Herald ran a 2 page spread on drone photography in the travel section.

The biggest hit being Stonehenge at Summer Solstice with an epic 10 publications using the image. Other major hits include Jonathan Creeks Windmill which appeared in the Daily Telegraph and Dunnottar Castle in Scotland appearing in the Times and many more.

The Big Ladders approach is to photograph scenes we’ve all seen before, but from an angle never seen before (from the air) Most drone users aren’t photographers. Chris is a photographer of 30 years experience. Much of that in landscape photography, enabling him to fuse his deep knowledge of the media (he is a picture editor for the London Evening Standard) with shooting creative landscape images with a current affairs twist that sell. 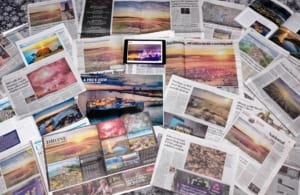 Over 100 images published in the national and international press.